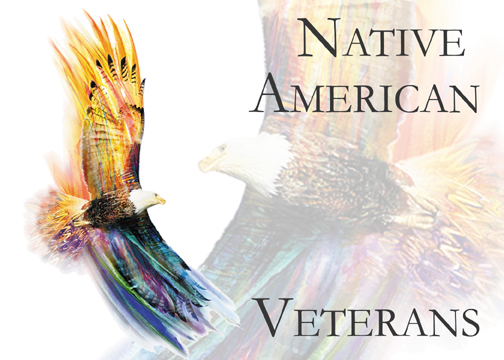 On April 22, 2009, the 124th Maine Legislature passed Public Law, Chapter 51, LD 30, “An Act to Establish Native American Veterans Day in remembrance of the courage and dedicated service of Native American members of the United States Armed Forces, and the Governor shall urge the people of the State to observe this day in suitable places and with appropriate ceremony and activity.”

At the recognition dinner Penobscot Nation Tribal Historian, James Eric Francis Sr. indicated that “June 21stis on the eve of the New Moon, it is the last day of ‘Planting and Sowing Month’, according to the Penobscot Calendar. It is the longest day of the year, and ushers in the ‘Grubbing Hoe Month.’” That day, he indicated further, historically had greater meaning for the veterans that occupied the community building that evening. It was 234 years earlier that Penobscot Chief Joseph Orono went to Watertown, Massachusetts and agreed that Penobscot Warriors, as well as the confederated Wabanaki groups, would join forces with the United States and defend America against the British.

The decision by Chief Orono is often seen as an easy decision. Historically, the Penobscot sided against the English/Great Britain forces. Just 20 years prior to the Americans' declaration for independence, a Scalp Proclamation was issued by the Massachusetts Bay Colony and stamped by King George II of England, declaring the “Penobscot Tribe of Indians to be Enemies, Rebels and Traitors to his Majesty King George the Second” and requiring “his Majesty’s Subjects of this province to embrace all Opportunities of pursuing, captivating, killing and destroying all and every of the aforesaid (Penobscot) Indians.” The Penobscot were already ‘at war’ with Great Britain. Chief Orono said, “Our white brothers (Americans) tell us that they came to our land to enjoy liberty and life. But their kin (of England) is coming to bind them in chains and to kill them. We must fight him.  We will stand on the same ground with our brother (the Americans).”

The first documented Penobscot to sacrifice his life for this country was White Francis. According to a petition written by his daughter to the State of Maine, White had fought courageously near Castine, Maine during the Penobscot Expedition in 1779. He was shot defending the river that is the Heart of Penobscot Culture.  Since White Francis there have been many Wabanaki warriors who have paid the ultimate price for a country that only saw them as second class citizens. Native Americans had to be stripped of their identity to be counted as American citizen, or given the right to vote, or just have basic human rights. In this light, their contributions are that much more extraordinary.

Penobscots have fought in every war in which the United States of America has been involved.

Penobscot men like Sylvester Francis and Lawrence Mitchell who, although not considered United States Citizens, fought in World War I. Lawrence Mitchell’s journey began away from home. He was sent to Carlisle Indian Industrial School in Pennsylvania. It was here that he played in the band and would later write to the school band director saying that he was assigned to the Army band.

Penobscot Men and Women also fought in World War II. Charles Norman Shay and Melvin Neptune, who on the eve of storming the beach at Normandy reminisced about Indian Island and their families back home. Charles later became a prisoner of war and was recently honored by France with the Legion of Honor. In addition to the many men who fought in conflicts, Mary Therese Nelson is recognized as the first female Penobscot to join the Marines.

It is important to recognize those soldiers who paid the ultimate price. Donald Francis, brother to Rita, Beatrice, and Jean, son of Sylvester and Josephine, never made it home; he was killed in the Philippines when the vehicle he was operating hit a landmine. Many efforts are being done to find his grave site and return his body to our homeland. Lawrence Shay was the first Penobscot to die in Vietnam. There were many wounded and killed warriors who were among the ranks.

We honor all of the Native American Veterans who served in the Armed Services during wartime and peacetime. They left their home to defend this country.  It is said that the Indian Island community had more soldiers fighting in World War II, per capita, than any other community in Maine. We are proud of this rich military history.

James Eric Francis Sr. concluded his talk on June 19th by saying "This pride that we feel is etched in stone. Down at Nick Andrews Shore on Indian Island a stone honors our warriors. Although some recent warriors are not etched, this monument stands as a testament, a solid reminder, of the patriotism and sacrifice of the Wabanaki Warriors. This monument was erected during a time when John Davis was volunteering his time for the Native American Veterans. Thanks to John and Gary Dana Neptune we have a solid reminder of our heroes. What is interesting about this monument is how it acts as a mirror, reflecting my image back onto me. But this image is over laid with the names of men and women who make me proud to be a Penobscot, Wabanaki and an American.  Thank you all for your service."

George Weymouth makes landfall on Monhegan Island in Maine. With-in days he would kidnap five Penobscot Indians and take them to Europe.